A wicked woman has been exposed for luring a man to pay school fees for children that he didn’t sire plus forced to be paying child support to support children that are not his.

A man has come online to express his pain of finding out that the children that he believes were his turned out to be not his biological kids but kamagera’s.

Now emotionally and spiritually healed man narrated the ordeal that made him fear women completely on social media.

His wits told him to do a DNA test and as it turned out, he isn’t the father of their two children that he’s been paying school fees for, taking care of and paying child support for their sake.

Here’s his narration of the situation. This happened in Nairobi.

In 2013 I got a job to go work for Fox Arabia as a Motion graphics designer.

My girlfriend then, whose dad is a bishop in one of these amglican aama sijui ni pentecostal churches was my best closest friend. Partly I snubbed that job juu sikutaka kumwacha nyuma. But she insisted she can take care of herself.

I asked her severa times if she could remain sexless until I come back after a 3 year contract and she inisted she could. Upto this time, the only red flag (which I was so blind to take serious) was that she was found kissing some dude in the watchman’s booth at the gate of their court.

The watchie told me and when approached alikubali… akalia… akaomba msamaha ikaisha. Infact if I had the mind I have right now back then, probably this thread would have ended right here as none of these events would have never unfolded.

Excitement of landing in another country na skype calls kibao, then nikamhamisha to a nice house when greenfields in donholm was still considered a posh neighborhood. sasa ni savings na kutuma pesa ya kujaza nyumba, I had a 3 weeks leave every year and on the last year came home, came spent time na madam and left.

2 weeks in, I bump into one of her friends whose shocked am back na hajui. Nikwamwambia I am around. Kidogo I ask why she hasnt passed by yeye na the group of girls I left… first she was slow to say anything but later she opened up akaniambia they were banned from going to my house.

Guess what? Anafanana na my last daughter copyright. when I shared the pic na familia everyone is like anafanana msichana yako sana. 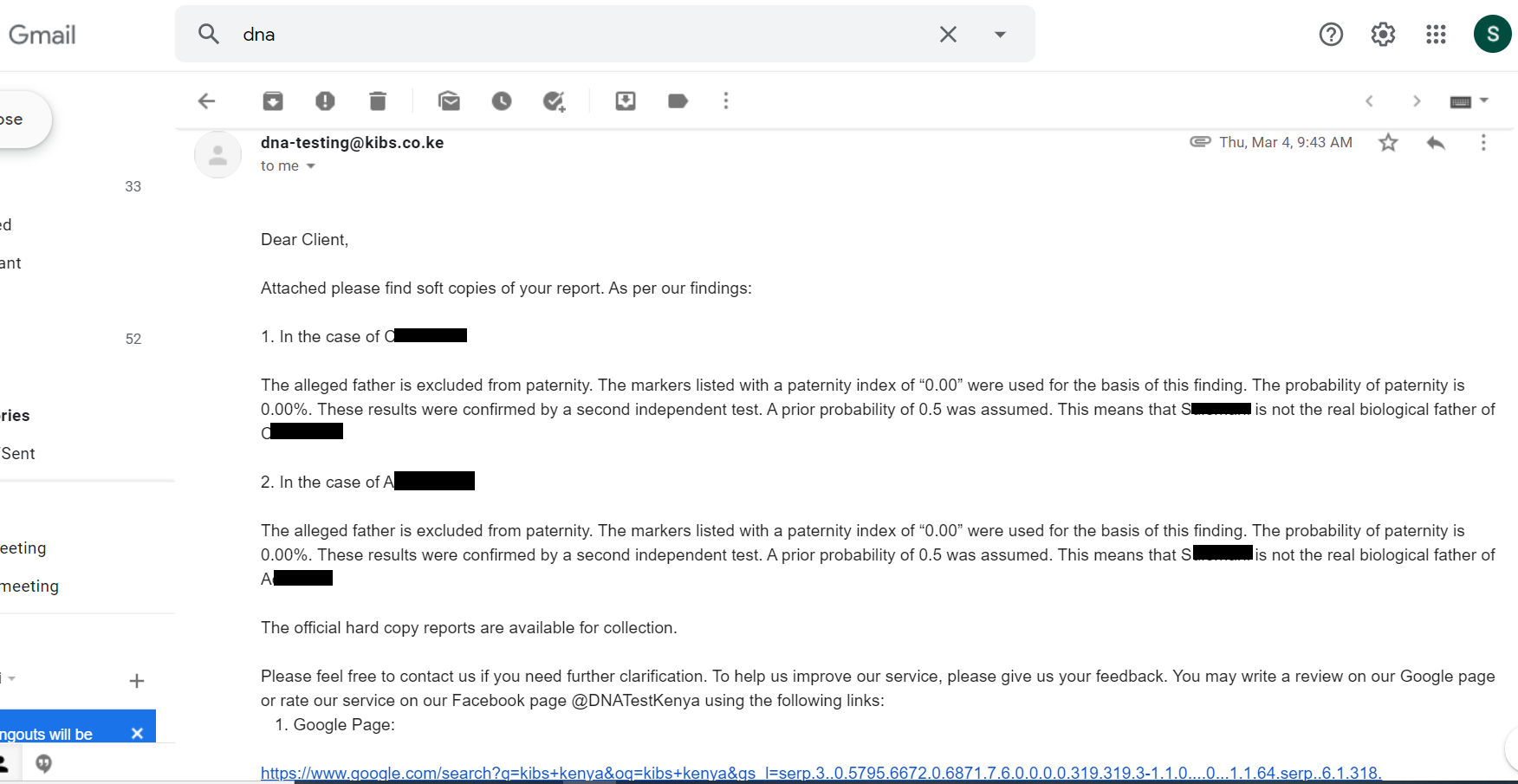