Women older than 30 will fuck you out of existence. They just be fucking you till you die then asking for asking for another round.

We had a day where me and her was out with family all day. She just whined and got bitchy cause she wanted to suck dick. I’m like ‘yo my lil cousin is watching’.

She talking about ‘he not gon remember now let’s go damnit’. She sucked my dick 7 times one day and I was like this awesome.

Then she did it the day and the next. By day four I just wanted to cuddle.

She was sucking my dick 4-8 times a day and I started cheating on her cause it turns out I like talking and cuddling sometimes too. After a week I wasn’t even nutting anymore.

I was shooting out dust. I know niggas gon call me gay for this but if you ain’t had ya dick sucked 40+ times in a week you don’t know the stress it puts on you. You think you can fuck all day when you 21.

Then you run into a 32-year-old divorcee who tests that theory. Older chick will fuck you 5 times in 3 hours and you be trying to physically recover or something and she just start sucking dick for round 6.

Yal ever fuck with an older woman that had a high sex drive? How did it turn out? I’m fully comfortable with women having high sex drive and doing whatever with their sexuality. But being fucked to death is soul searching.

The worst thing ever is fucking an older chick with a high sex drive and you catch feelings but she just want ya dick. You feel mad empty. This gon sound crazy, but a 30+ chick will literally fuck the hoe out of you. She’ll fuck you so much yo gon wanna settle down n chill. 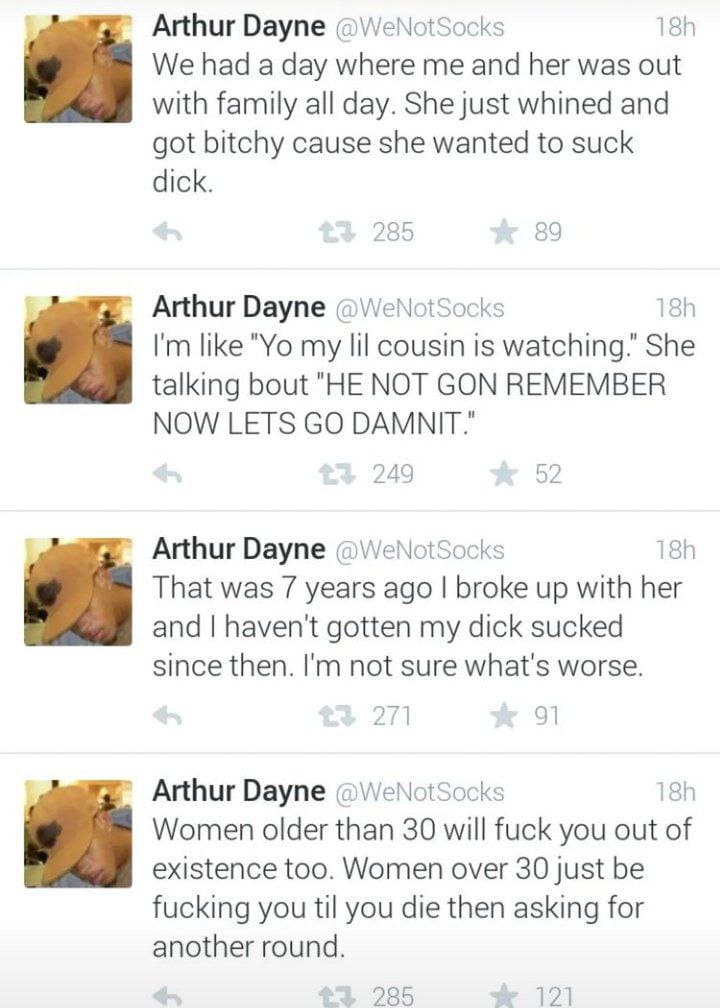