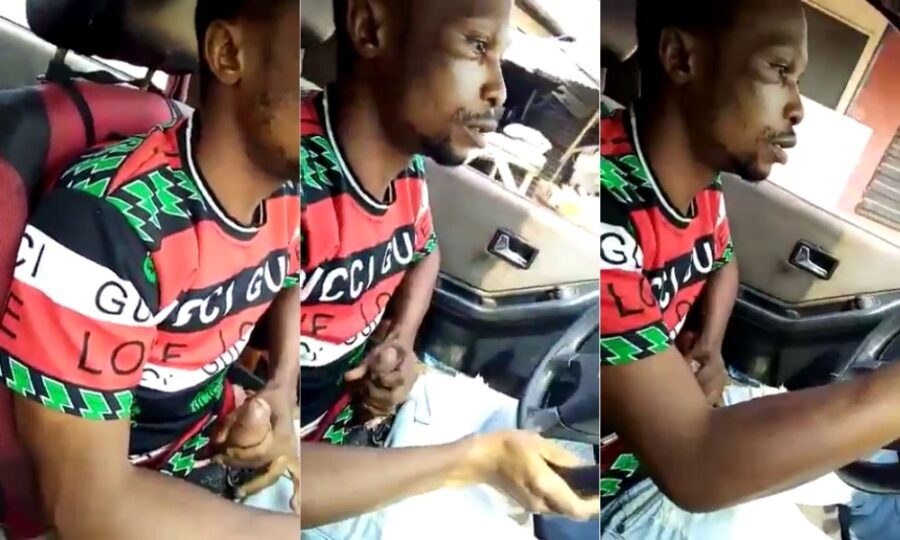 He probably thought his pulling out his dick will entice the women to allow him penetration, it didn’t work.

A video doing rounds on social media shows the taxi driver beating his meat until he busted a nut all while driving.

In the video, the man is seen pulling out his already erect manhood and started stroking it in full view of the female passengers.

A woman who was riding shotgun recorded the man as he went by his business pleasuring himself.

The women sought to inquire why the driver was beating his meat in their presence and he admitted that he was turned on because of the skimpy dress the woman on the back seat was wearing.

The video shows the woman seated on the rear seat of the taxi was wearing a short dress that exposed a large chunk of her thighs.

The video sparked mixed reactions on social media, some internet users strongly condemned the man’s uncouth behavior while others blamed the women for ‘encouraging’ him.

Critics blamed the women for not doing enough to stop the randy man from pleasuring himself in their presence, they only grumbled about his behavior but failed to act accordingly.