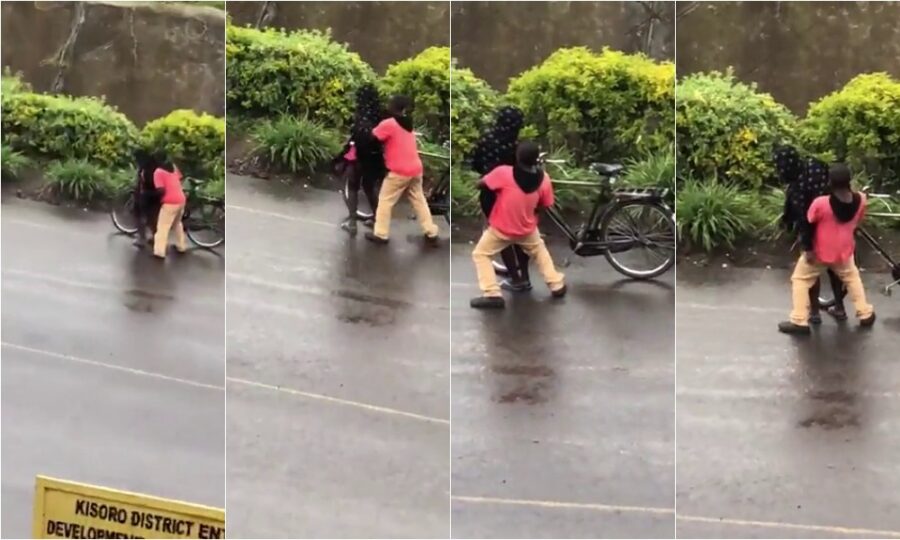 A bold Ugandan man has social media talking about him after he made the ultimate decision of putting his bicycle aside in broad daylight so that he can fuck his girlfriend.

The bold man has the entire social media shocked and impressed by his balls of steel.

He decided to fuck his girlfriend in the middle of a busy road in Kisoro District in Uganda as traffic came and go.

In case you haven’t watched the viral video, here it is, watch the clip and be the judge of noting that indeed this man Paskari has bold of steel and cannot be denied pussy when he wants some. 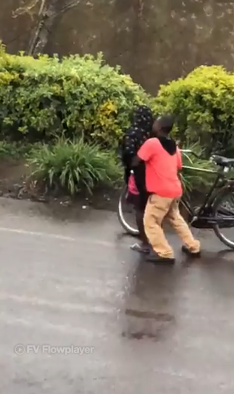 The couple has since been arrested by the Uganda Police Force disclosing that the man’s name is Hafashimana Paskari, a 29-year-old from Migeshi village in Rwaramba Parish with the lady called Muhawenimana Colodine Mukamulenzi of Nyakinama sub county Kisoro district.

The video has made the couple infamous after their bold urge of quenching their sex starvation in front of people without fear of anybody calling them out.