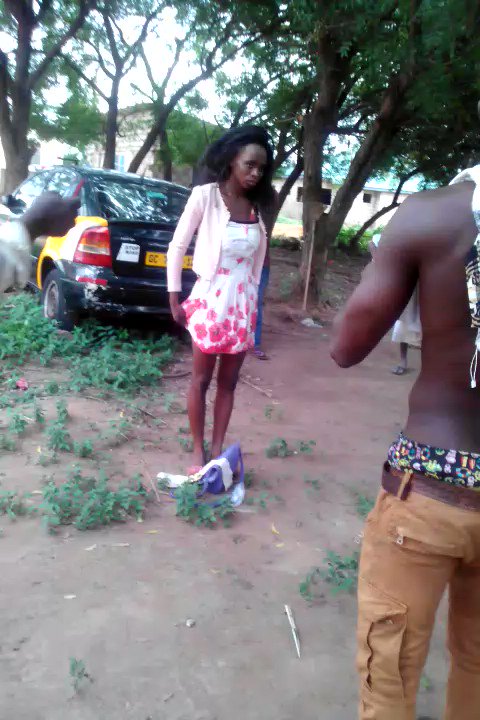 Another man has social media talking all about him after his video went viral after he was caught trying to con a man out of his hard-earned money as a woman.

The disappointed man who was ready to have his dick wet thinking he had landed himself a baddie was surprised after the “woman” he had seduced started talking to him in a deep voice.

He wasn’t ready, he was a little bit tipsy when this happened but he suddenly had a clear head after he noticed that she was not a woman but a man.

He screamed his lungs out attracting them neighbors who came out to see what the commission was all about only to be told that he was finessed by a man who paraded himself as a woman, he wore a dress and make up to complete the disguise and all, he even had some things stuff in his bra.

The man screamed even louder when he found out that he even had a bigger dick than his, wahala!