The man who is bald and a little bit muscular was stark naked and couldn’t do anything but just watch in silence after they were caught redhanded.

Though the video is short, it didn’t disclose what happened between the husband and the man because the husband wasn’t violent in any way whatsoever.

Defeated, the wife was trying to hide her face from shame as she was getting recorded after getting busted.

Tweeps are commending the man for not reacting the way they expected him to react. 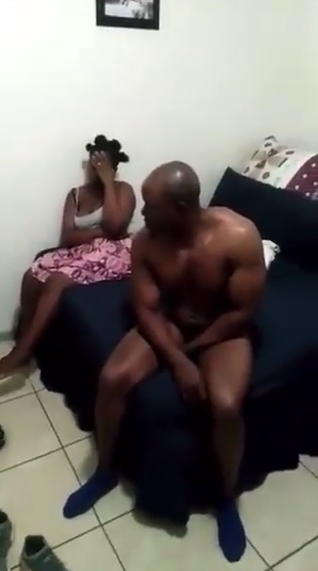