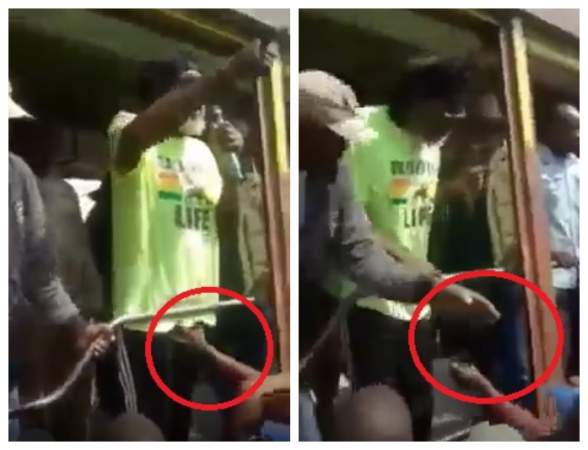 Kenyan Presidential candidate with 17 degrees Professor George Wajackoyah got netizens talking all about him after a video went viral during one of his presidential campaigns.

The presidential aspirant who became popular in Kenya because of his stand on legalizing marijuana as soon as he gets elected, hanging by the neck of the corrupt, and exporting hyena’s testicles got to experience that fan love that only rappers and singers tend to get from their stans when they’re performing live. Prof. George Wajackoyah is such a character.

An unknown woman who probably had been thirsting over the professor from a distance finally got to see him in person and thought to herself that she was in a perfect vantage point to grab on Wajackoyah’s dick and see if it’s something she’s been thinking about even during the day while she’s on a reverie.

Wajackoyah was rather shocked when his dick was grabbed and asked the lady to stop grabbing on him telling the supporters in jest in Swahili; “Usinishike hivyo (Don’t touch me like that)”.

“Sasa huyu ananishika sehemu yangu ya nyeti (Now this one is grabbing my private parts),” Wajackoyah told the crowd amid laughter.

Below is the video;